The following is the text version of an episode of PsyDactic – Residency I wrote and produced that outlines changes in how the DSM (Diagnostic and Statistical Manual) has changed in how it speaks about gender. The DSM is American Psychiatry’s guidebook for making psychiatric diagnoses, among these is Gender Dysphoria. You may click the link on the player above to listen, or read the following text, or listen and read simultaneously. Enjoy! 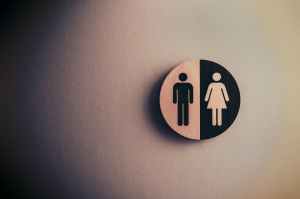 Welcome to PsyDactic, Residency Edition.  I am Doctor O’Leary a psychiatry resident in the National Capital region.  As of today, unless there are any surprises, I am confident that my residency will let me continue on as a 3rd year resident.  However, I do not speak for my residency or anyone else for that matter.  What I say is my own opinion.

This is an episode to report updates in the DSM 5-TR that can be practice changing.  I will also divulge a little about myself and how my philosophy and values have changed. In particular, I am reminded of how I have struggled to understand transgendered and other gendered individuals.  I should disclose here that I am 43 years of age as I speak this, which means that I grew up in the 80s and 90s.  When I was young and heard the word trans the only thing that I thought of was men who dressed like women.  The term “transvestite” was all I knew.  I was wholly ignorant of anything else.  And by wholly, I mean both w-h-o-l-l-y and h-o-l-y.  I grew up in a culture, religion, and a family that paid very little attention to this issue. But I have no excuse for ignorance anymore.  As a physician and human, I have needed to grow in my understanding of what is real and what is possible in this world.

I have a bachelors and masters degree in biology, and what I was taught as dogma in my church and in my home was also taught as dogma in my biology class.  Humans have two sexes and two genders.  Now, there are creatures who have sexual and gender characteristics different than humans.  Some creatures are asexual, some can be asexual (reproduce by binary fission or mitosis) or sexual (reproduce with gametes).  Some have binary forms, male and female that produce different complementary gametes.  And some have binary forms that can transition into the other sexual forms, changing from male to female.  Some creatures are hermaphroditic and can take both sexual forms at the same time, which means they can fertile their own eggs.  However, when it comes to mammals and humans in particular, I was taught that there are two forms, male and female, and anything else is an aberration, a mistake.  I assumed that sexual reproduction is something we must do and to do otherwise is wrong.

I have put that idea to rest.

Humans are not sexual or gender binary and have never been.  The presence of certain sexual organs, functional or not do not determine gender.  Chromosomes and sexual characteristics are not deterministic of sex or gender.  Genes and sexual and gender characteristics are not deterministic.  There are some genes and chromosomes that under certain environmental and developmental conditions have a very strong effect, but this effect is not in any way universally shared, nor should it be, nor is it necessarily so for the sake of our species.

I have come to realize that to call something an aberration or a mistake is the aberration and the mistake.  It is a value judgment.  It assumes that something was meant to be a certain way for a reason that is predetermined and correct.  This is simply not true.

I could go into details about the biological examples of sex and gender quote “mismatch” unquote.  I could tell you about XY females with androgen insensitivity, XXY individuals (given the diagnosis of Klinefelter syndrome), XYY individuals (given the name “super males”), but that would be assuming that the chromosomes and their genes are what matter.

What matters, ultimately, is the expression and experience of gender in the individual.

What matters, ultimately, is the expression and experience of gender in the individual. This is the value that I present here.

It is the embrace of this value that drove some of the changes in the DSM 5-TR.  I am not going to tell you that the DSM is the “bible” that tells us how to relate to our patients.  It is not.  Instead, it has incorporated language that more correctly includes updates to our understanding of the difference between gender and sex characteristics.  It is only a step in the direction of a more realistic value system.

Later, I will present an episode on the diagnostic criteria of “gender dysphoria” which is a thing different from gender expression. For now, I will focus on how words in the DSM text were changed to be less ignorant and more inclusive.  I have heard the term “culturally-sensitive” language used to describe it, but I feel like that misses the mark.  I prefer the term “more inclusive” and “more applicable,” because the point is not to be sensitive to a culture.  The point is to be more correct for our patients.

First, I want to highlight the change of “desired gender” to “experienced gender.”  The term “desired gender” while not technically incorrect (non-binary and transgendered individuals have the desire to have their gender recognized), but it assumes that desire is the primary motive force.  Everyone, including cisgender individuals (those whose gender is already affirmed by our historical expectations), desire that their gender be recognized.  We desire it because we experience it.  Whether you feel male, female, some combination of both, some gender as of yet unrecognized by others, or completely lacking gender altogether that is the gender you experience.  You desire to be you.

Next, “cross-sex medical procedure” was updated to “gender affirming medical procedure,” and  “cross-sex hormone treatment´ to “gender affirming hormone treatment.”  To call something “cross-sex” is to make two mistakes.  One of these mistakes is to call it “cross.”  Not everyone is crossing a line.  Not everyone wants to be what they see others already are.  They want to be themselves.  The next mistake is to use the work “sex” as if it is a synonym with gender.  It is not.  Using the term “gender affirming” can include changing any sexual or gender characteristic that an individual wants changed without making assumptions.

The next notable change is changing “natal male” to “individual assigned male at birth” and “natal female” to “individual assigned female at birth.”  This is a good time to point out that our language has failed us before we even spoke.  To equate sex male with gender male is to assume that they are the same thing, which they are not.  The same is true for females.  However, as a society we don’t have good words integrated into our collective understanding to speak of them differently.  That is why we have to note “assigned at birth” as a qualifier.  In the future, we should consider separating gender expression from sexual characteristics entirely in our nomenclature.

The last change that I am going to note is that the term “differences in sex development” replaced the term “disorders of sex development.”  This is a good enough change for now that also suffers from the lack of clarity as to what is gender and what is sex.

If you have made it with me this far, I thank you for giving me the time to vent.  What I am really doing is struggling with my own demons and trying to solidify in my mind my nascent understanding of gender and sex.  It is a struggle that we all participate in.  Also, I would beg you to be kind to gender travelers like me.  Point out when we are wrong or uninformed, and judge us, but please do so with some charity and patience.

I am a resident physician in the national capital region. I value science based medicine, but I use this blog primarily for creative expression and education. I write here for a general audience. It contains my thoughts and musings. Always see your doctor for individual medical advice. View all posts by Dr. O

This site uses Akismet to reduce spam. Learn how your comment data is processed.